Production 3D Printing is at the Tipping Point Not long ago, 3D production printing was an idea best left to science fiction authors and speculators. It was often spoken of in the same breath as space travel and supersonic passenger planes. Though 3D printing ended the need for constant retooling, it was once thought too cumbersome and too expensive for mass manufacturing. As a result, it was relegated to one-offs like prototyping and small production runs. But thanks to advances in technology and higher levels of industry acceptance, additive manufacturing (AM) at scale is now less a matter of “someday” and more a matter of “right now.”

The State of the Industry 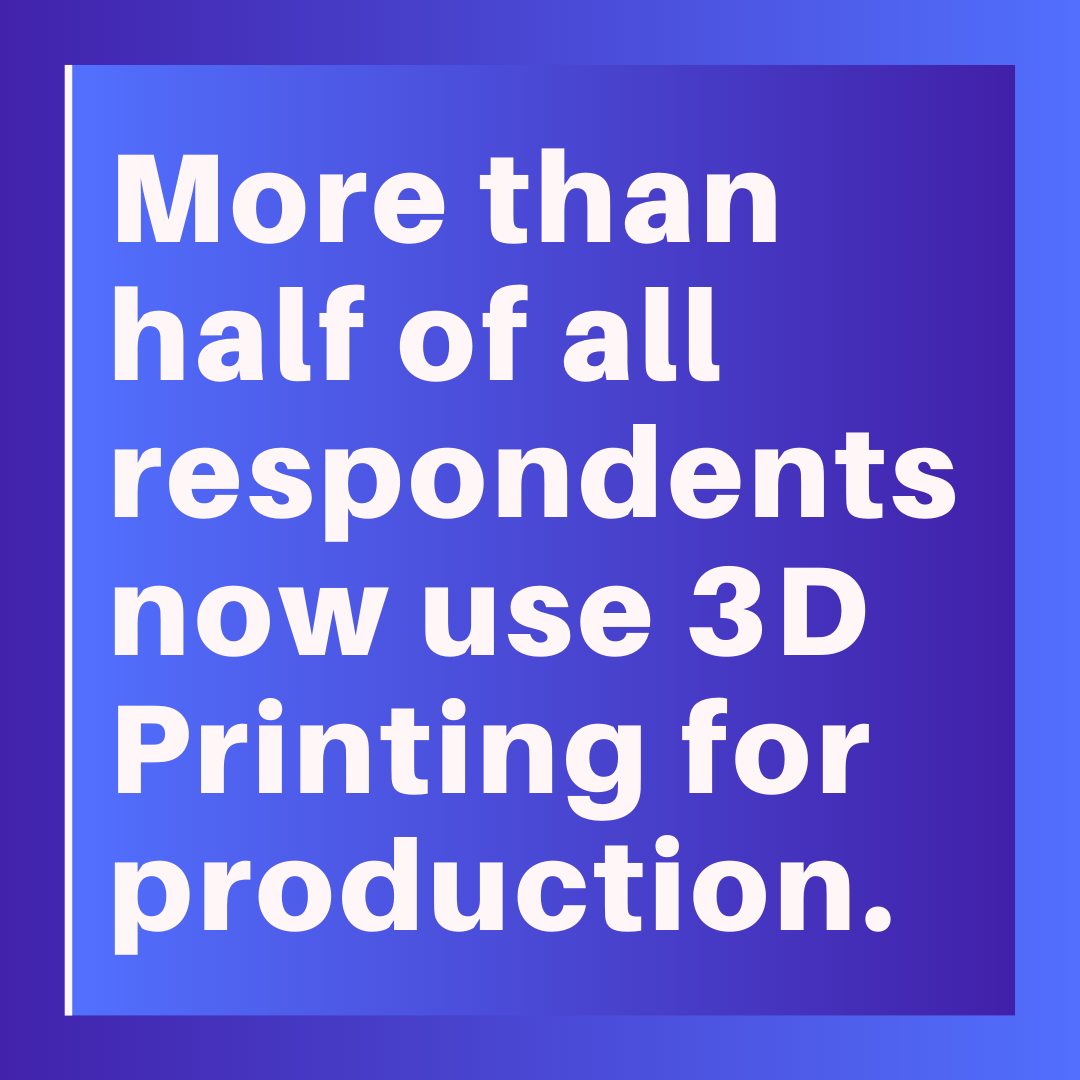 Every year, Sculpteo sends out a survey to users at all levels of the 3D printing process. The data collected is then analyzed to determine how, when, and where 3D printing is being used in the real world. While the full report is a must-read for those interested in additive manufacturing, one figure stood out:

It’s clear that 3D printing for production has reached a tipping point.

Though prototyping and proofs of concepts remain the most common uses of AM, the quite shows that a 3D printing renaissance is here and already making a big impact in manufacturing. We are not far off from a future where 3D printed parts in end-use products are commonplace.

Some Big Names are Leading the Way

The rise in large scale 3D printing may be due, in part, to wider acceptance at the Fortune 500 level. Though these mega corporations reap the most benefit from mass manufacturing, they’re also the hungriest for innovative technologies. As the following stories will show, the benefits and value drivers of 3D printed parts often outweigh its higher costs:

How 3DEO is Leading the Way

We have been preparing for production-level 3D printing since our doors opened in 2016. 3DEO’s technology and factory were built specifically for scaling additive manufacturing into high volumes that can compete head-on with traditional manufacturing processes. We’re making incredible headway—in Q1 2019, for example, we more than doubled our production capacity and hundreds of thousands of parts are slated for production over the next twelve months. With variability and rapid expansion built into our business model, 3DEO set out to make certain its clients can do the same.

Please click here to request a quote and to learn how 3D printed parts can set you apart from your competition.